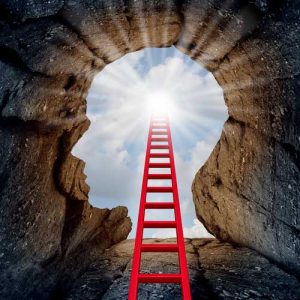 How Were the Lenses Discovered? After more than fifteen years of qualitative and quantitative research, Mark Williams was able to recognize and document ten perspectives and classify them into ten patterns of thought and behavior. Those patterns were identified in books, newspapers, movies, political speeches, organizational policies, societal norms, policy perspectives, and everyday interactions.

Where Have the 10 Lenses Been Used?

The 10 Lenses have been used at Global 500 corporations, communities, institutions of higher education, local and federal government, industry conferences, and at secondary schools with faculty and students. The 10 Lenses have been successful from the C-Suite to the mailroom because they speak to everyone in a compelling manner.

Have the 10 Lenses Been Validated? Yes, the Gallup Organization created a survey to help determine dominant lenses and the combination of lenses through which we filter perceptions. The study also concluded that the lenses could withstand statistical analysis. Data were collected first from 318 Gallup Organization employees, then from 45 Harvard Medical School staff members, and two national samples – one that consisted of 1,001 participants and another of over 4,000 participants. The conclusion: The lenses do exist as modes of thought, feeling, and behavior in the general population.

Are Some Lenses Good or Bad? No. Each of the Lenses has inherent strengths and weaknesses. The challenge is that when you become locked into a particular lens or lenses, the door to understanding and effective action closes. The concept of a Lens is not designed to lock you into a category; nor is it intended to tell you or others if you are racist, sexist, homophobic, patriotic, lazy, prejudiced, biased, good, or bad. Instead, its purpose is to help you identify the range of thought and behavior patterns that you and others exhibit and the impact of those behaviors on communication and accomplishing goals.

Are the Lenses Mutually Exclusive? No. The Lenses are not mutually exclusive. You probably identify one lens you use above others. You will likely have a preference for three Lenses, depending on the specific situation or the dimension of identity that is relevant. For example, you may be an Integrationist on race and a Seclusionists on sexual identity.

Can the 10 Lenses be used to Understand Differences In Addition to Race, Ethnicity, and Culture?  Yes, the Lenses can be used to understand the thought patterns related to how one frames their beliefs about any group of people based on identity. The fundamental principle of the lenses is useful as they relate to gender, religion, region, social class,  nationality, education and sexual identity.